We’re just back from a couple of weeks at Club la Santa in Lanzarote. For those not familiar with it, Club La Santa is one of the premier sport resorts in Europe. Its location in Lanzarote makes it the ideal place for a spring training camp as the weather’s usually pretty good, and the temperature’s usually in the mid-teens to low twenty’s. We’ve been here many times before and always came away having thoroughly enjoyed our time there.

The first week of our stay was for the Joe Beer Spring Triathlon camp with Joe Beer, Dan Bullock from Swim for Tri and Phil Price of Club la Santa.

The weather was a bit windy for the first week of the camp, with the occasional rain shower. The wind made riding in a group a bit tricky, especially when riding alongside lighter riders who are more affected by the wind. However, only one ride was cancelled due to the weather and was replaced by a Q & A session with Joe and Dan.

The second week was self-coached, consisting mainly of some longer bike rides and a couple of runs. I managed to have a puncture on the second-last day, but couldn’t find the cause of the hole (neither could the guys in the Club la Santa bike shop who replaced the tube for me). The next day, the last day on my camp, I had another puncture on the same wheel about an hour into the ride. I changed the tube, again looking for signed of the cause, and just took it gently returning to Club la Santa – since I was flying home the next day, I didn’t worry too much about the cause – on returning home, I found the plastic rim tape had twisted and that seemed to be the cause – I’ve since replaced the nylon rim tape with Velox tape and have refitted the tube and tyre. So far, I haven’t had a chance to ride on it due to Aberdeen’s winter weather. 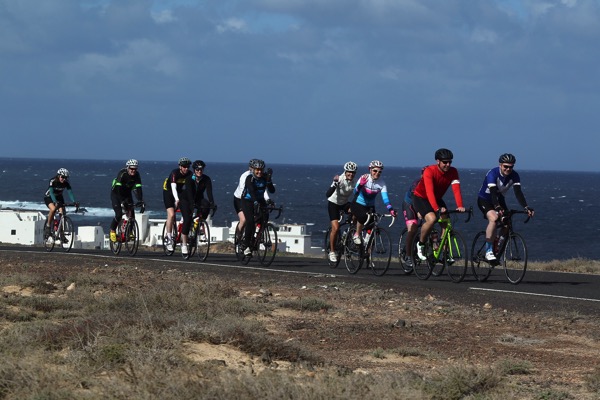 It’s been a bit quiet here recently, mainly as I didn’t race for all of 2016 – this wasn’t really intentional, just how things worked out. I was too late signing up for some races, and others were cancelled for this year. I’ve still biked and ran as much as ever, and probably swam the…

Another training camp is over. We had a fantastic two weeks at Club la Santa. The first week was the Spring Triathlon camp with Joe Beer and Dan Bullock, and the second was intented to be a bit of a holiday, but ended up being a training week as well, albeit with a sight-seeing trip to…

Today was the tenth running on the Garioch 10k. I’ve taken part in a couple of the previous events, my last one being in 2013. The race is based in Inverurie, about 15 miles from my house. The weather wasn’t great for today’s race, but it was better than two years ago, when the course…